Miratech took part in the largest-ever international study of how user behavior differs from one country to another.
Conclusion: behavior and opinions vary considerably depending on the country

Miratech participated in an international study involving a total of 510 users in 17 countries:

The Zurich-based Institut für Software-Ergonomie und Usability AG headed the study, with support from the IUTP (International Usability Testing Partnership), a network dedicated to user testing. Miratech is a founding member of the IUTP.

The study used eye tracking technology and questionnaires to measure how user behavior and opinions differ from one country to another.

The full report is available for download: IUTP_Marriott_Study_Report.pdf (PDF 5,6 Mo)

Each user was placed in front of a computer screen displaying a mock-up of a booking page for Marriott Hotels.

They were then asked to perform tasks based on five separate scenarios. We measured how each user interacted with the page. Once the tasks were completed, we asked the users to answer a questionnaire.

The exact same testing protocol was used in all 17 countries.

Country-related behavioral differences were much more significant than age- or gender-related differences.

We found major differences for each of the hypotheses we tested.

As an example, we found that the Germans only gazed at the navigation tabs after being on the page for 42 seconds, whereas the Poles gazed at them after only 15 seconds. That’s three times faster! 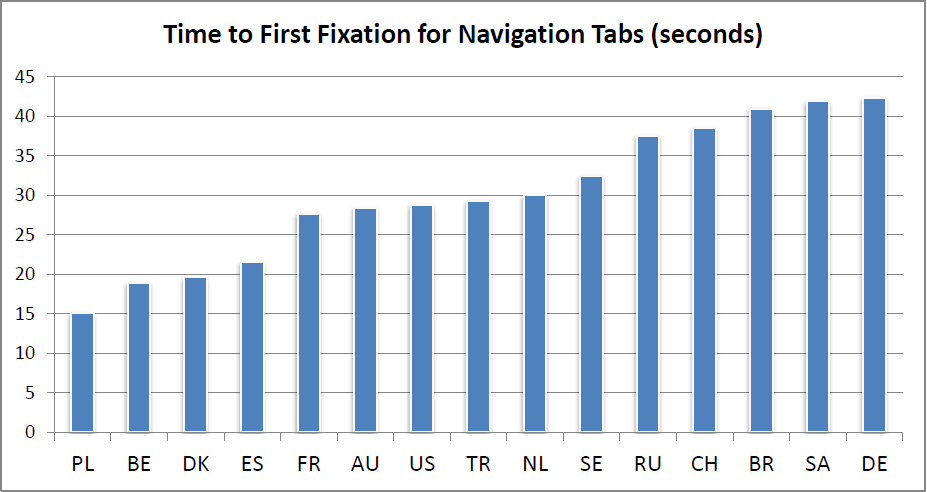 Germans (on the far right) gaze at the navigation tabs rather late and don’t pay much attention to them. The Poles (far left), on the other hand, gaze at them very early on

Here’s another example: few of the Dutch users were distracted by the main picture in the middle of the page, yet the Russians were quick to click on it.

Few Dutch users (far right) click on the picture in the middle of the page, whereas the Russians (far left) are drawn to it.

Overall, we found that users from different countries don’t always look for information in the same places. The heat maps below show the Belgian and Brazilian gaze patterns for the same scenario. 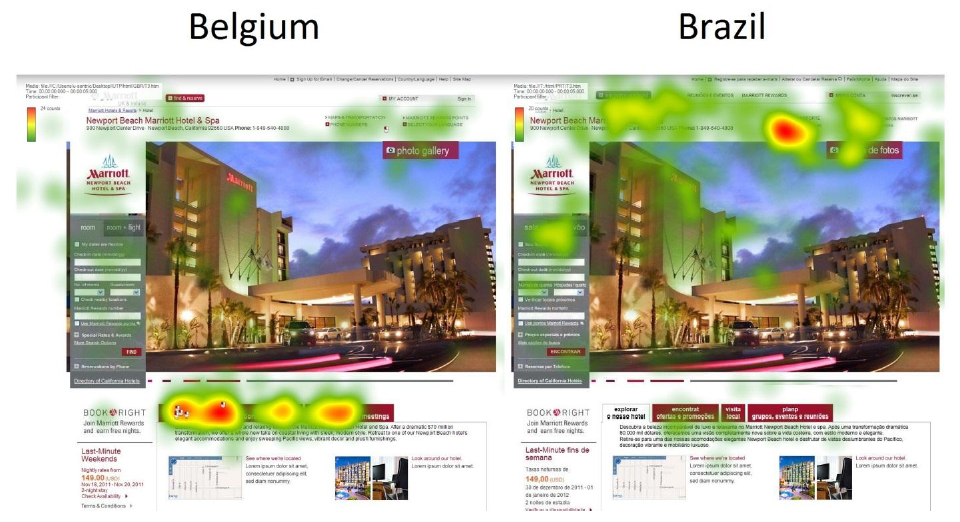 The differences don’t end at behavior patterns: the opinions and perceptions of users also vary considerably from one country to another.

In this study, we compared Americans with non-Americans and found major differences.

As an example, 54.8% of Americans remembered seeing the phone number on the page, compared with only 33.2% of non-Americans.

As another example, 93.3% of Americans answered that they would book a hotel on the Marriott page, compared with 63.9% of non-Americans. 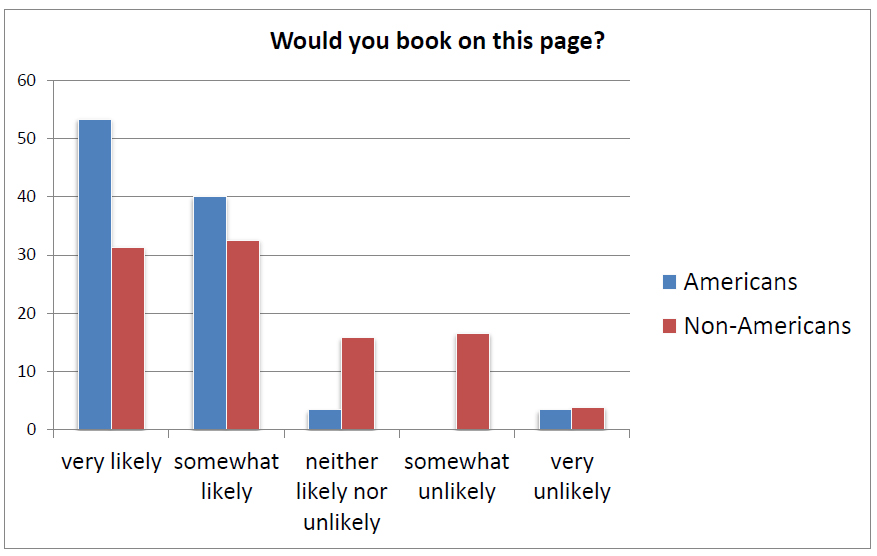 Opinions differ between Americans and non-Americans

Despite the differences in behavior patterns and opinions, users from all countries had no trouble finding and understanding the main functionality of the site: the search tool.

Users from all countries find and understand the search tool.

This is something we often see in our international studies: regardless of what country they’re from, users have no trouble identifying website functionalities such as search tools, ‘add to cart’ buttons, filters and sorting functions, forms, etc.

People often ask us if translating a website is enough to roll it out worldwide. The answer is no.

Two parameters vary considerably from one country to another:

On the plus side, users from all countries are able to understand and use the main website functionalities. The basic principles of usability remain largely the same from one country to another.

For more details about the study, feel free to download the full report: IUTP_Marriott_Study_Report.pdf (PDF 5,6 Mo)

Miratech won First Prize of the Be-UX Paris event for the creation of the international website Wonder.Legal, an inovative online tool for creating contracts, letters and legal documents in many countries.