Miratech led a study involving men and women in equal proportions, for a total of 210 participants from 7 countries:

Some of these partners are members of the International Usability Testing Partnership – IUTP – a network dedicated to user testing and consumer research. The IUTP is supported by Tobii, the world’s leading developer of eye tracking equipment.

The testing was conducted individually. Each participant was simply asked to look at the photo of a young woman for 20 seconds, with no specific instructions.

While they looked at the photo, their eye movements were measured using eye tracking technology.

Miratech then compiled and analyzed the results. The detailed results are available in a white paper:
Men_are_pervs.pdf (PDF 5.9 Mb)

Differences between men and women

In all countries there are some behavioral differences between the men and the women.

1 – The men spend 37% more time looking at the chest than the women do. 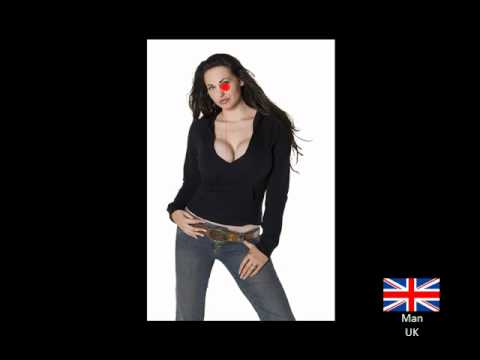 Men are all the same

2 – The women spend 27% more time looking at the ring than the men do. 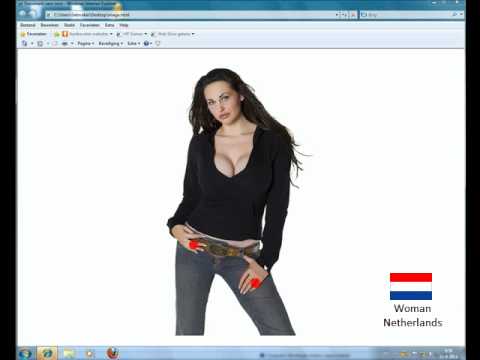 Similar behaviors between countries and genders

Certain behaviors are identical, regardless of the country or gender:

1 – The face is the area most looked at

2 – The time spent looking at the pelvis, right hand and hair is identical for both the men and the women

For all countries and genders combined, the face is the most looked at

There are major behavioral differences between the countries.

2 - The French and Danish men spend the most time looking at the chest – almost twice as long as the other countries!

3 – The English women are the most materialistic: they spend 149% more time looking at the ring than the English men do, and 2.2 times longer than the French women.

The benefits of eye tracking

Once they had looked at the picture, we asked the participants to fill out a questionnaire to tell us what they had seen.

When answering the questionnaire, it was the men who most mentioned the eyes and the ring, and yet it was the women who had looked at these the most.

This is a good illustration of the difference between what is self-reported (questionnaire) and what is measured (eye tracking). With eye tracking, it is possible to measure behaviors that are impossible to reveal using conventional research methods.

Miratech and its international partners conducted the first international eye tracking study to measure how men and women look at the photo of a provocative-looking young woman.

Conclusion : men are pervs and women are gold diggers.

The detailed results are available in a white paper: Men_are_pervs.pdf (PDF 5.9 Mb)

News: Miratech won First Prize of the Be-UX Paris event for the creation of Wonder.Legal, a website for generating contracts and letters with a simple form.